What’s the Difference Between Cannabis Oil, Wax Extract, and Shatter? What’s Best and What to Vape?

One of the common questions that seems to crop up among cannabis users is what's the difference between cannabis oil, wax extract, and shatter? What's best and what to vape? So, here’s the lowdown. Sometime around the mid-2000’s, people in the cannabis market started noticing a shift in the industry, where people were smoking less and dabbing more in what’s known today as cannabis concentrates.

What are Cannabis Extracts and Why Should You Care?

Once referred to as “hash,” or “hashish” or “keif,” cannabis extracts today are available in solid, semi-solid and liquid forms. They all contain the main, active ingredient of cannabis – cannabinoids in concentrated amounts, in general, THC and CBD forms.

Trichomes are external tiny hairs or glands that produce the active ingredients in cannabis. Extracts are produced by literally “extracting” the molecules in trichomes using various different mechanical and solvent processes and apparatuses. The results are regarded as some of the most potent forms of cannabis, and are available in several different forms including kief (powder), “bubble hash” and waxes and oils “concentrates.”

Extracts are a great option for those who dislike smoking or feeling high, and can be used in several different ways other than just smoking raw flower. For example, CBN (cannabinol) can be used for sleep, whereas THC-A for pain relief without affecting your mood.

One of the notable traits of extracts is that there is there is one for every skill level such as vape pens for beginners and dab rings for experts. Some individuals say that extracts are more potent than the raw flower, but the fact is that the higher the level of potency, the less consumers use for the same effects.

Unlike the raw flower, extracts can be used in several ways such as discreetly with vape pens or inhaling resins, oils and waxes. Further, they can also be ingested in tinctures, pill form or integrated into edibles. But that’s not all, they can be applied onto the skin in the form of lotions, topicals and patches. 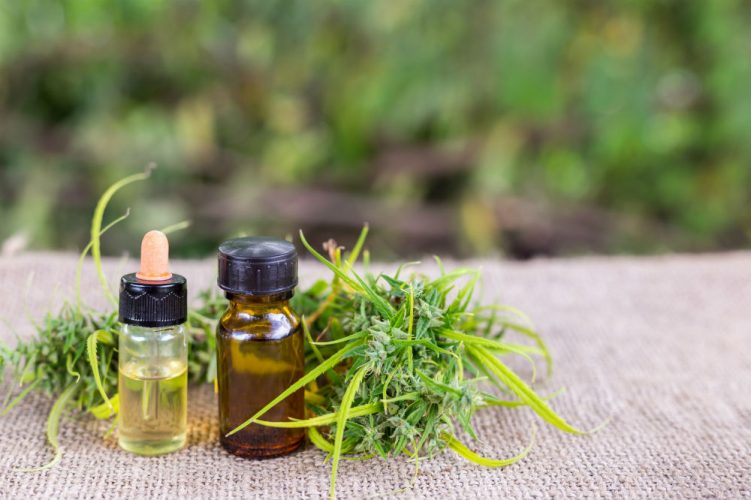 What are Cannabis Concentrates?

Cannabis concentrates such as shatter, batter wax, honey and oil are infused with concentrated THC (tetrahydrocannabinol) and/or CBD (cannabidiol) extracts derived from the cannabis plant. They have become increasingly popular among cannabis users for several reasons, most notably the fact that they are convenient to consume, some with little or no smoke activity and are easier to use.

Cannabis concentrates are available across three common types – cannabis oil, shatter and wax, each distinguished apart by their own potency levels, defining characteristics and types. So, getting back to the big question – What's the difference between Cannabis oil, Wax Extract, and Shatter? What's Best and what to Vape? Here’s what sets them apart.

To differentiate between cannabis concentrates, simply look at them.  Transparent, solid concentrates are shatter, opaque is wax and oil as you may have guessed there are liquid in various viscosities. Shatter helms as the cleanest and purest extraction type, and is often compared to honey, owing to its color.

Furthermore, shatter (or resin) is also the most potent product in the cannabis concentrate department, and is usually consumed via the dabbing or vaporizing process (explained below). Wax looks buttery, and has the consistency of coconut oil.

Oil is consumed mostly though vape pens, vape kits or box mods, and even though it offers a similar purity level to shatter, it can be a little tough to handle. The potency of cannabis oil is roughly about 80 percent more than the flower, and its exact concentration level solely depends on the amount of tetrahydrocannabinol extracted from the plant.

Apart from vaping, cannabis oil can be taken through an oral syringe, a capsule or drop under the tongue, and can also be mixed with other ingredients when cooking owing to its higher viscosity than shatters and wax. However, if you’re going to go this route, it is highly recommended that you add it to edible solvents such as olive oil and butter for it to be edible.

Making Your Own THC Oil Concentrate 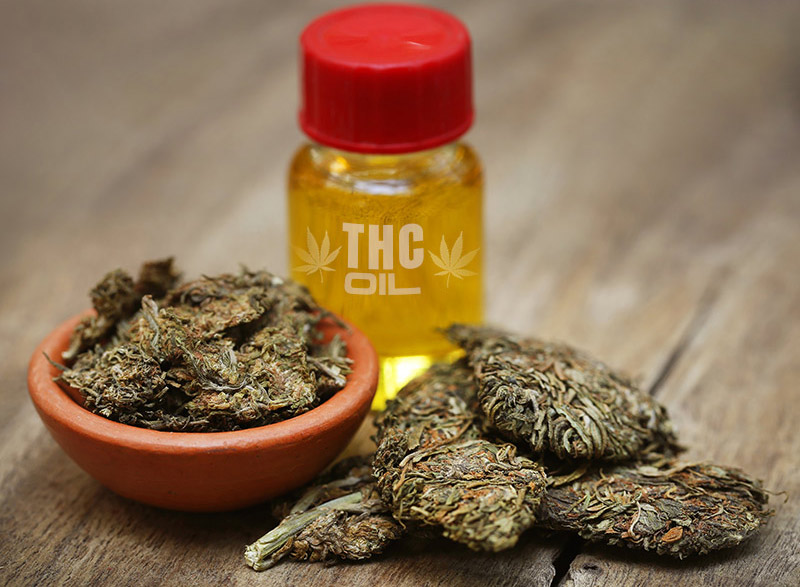 If you are keen on experimenting in making your own THC oil concentrate, and don't mind a bit of home  kitchen chemistry, then you can follow a 3 step process featured on HONEYstick to convert raw bud into THC oil which you can can thin to suit your need.

You can read the recipe instructions at this link: Cannabis 101 - Making THC Oil

We also suggest considering natural terpenes, such as those used in aromatherapy, as an alternative thinning agent for your homemade oil. 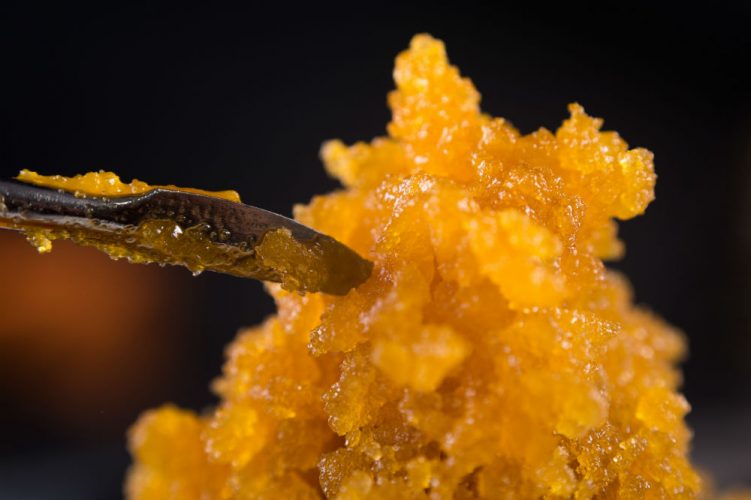 Vaping is the easiest way to consume wax and other concentrates, and the basic process to do so with any of the many vaporizers available is to just load and go.

Dabbing is another way to consume concentrates, and is done with a dab rig. Just like vaporizers are available in several different varieties, dabbing rigs can also be had across a spectrum of styles.

Vaping does not require the use of any additional tools, and is less messy compared to dabbing since the concentrate is fully contained within the vaping device. Most dabbing rigs are similar in design to a bong, except they feature a domeless nail – not the one you find in your toolbox, but one with a small divot and hole.

In terms of function, vaporizers heat concentrates in one of two ways – via coils or a heating chamber, and some of the best vaporizers can even be synced with your smartphone to control the device. Dab rigs are generally crafted from titanium, ceramic or quartz, and are heated using a torch or electrically for a safer vaping experience.

Dabbing and vaping provide two entirely different experiences, but the latter offers a discreet experience. With regards to which one of the two is better, truth be told – there’s no right or wrong answer, but a matter of desire, personal preference and necessity. 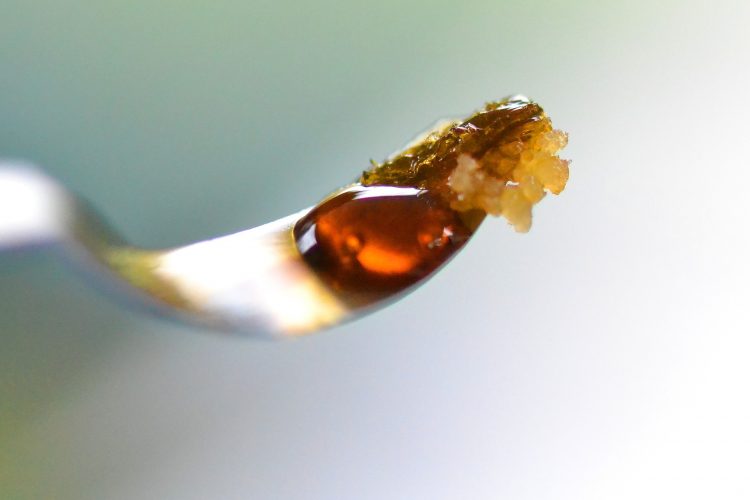 Concentrates, even though they vary in texture and consistency, are extracted via a several common extraction methods, solvents and processes, and offer a more intense high than smoking the flower. They all have comparable THC concentrations, but many users say that wax is more delightful to their taste buds.

Regardless of the type of concentrate and delivery method you choose, certain types can be stronger than others especially for new consumers. Cannabis users taking too much of a certain type may experience temporary, negative side effects such as dry mouth, increased heart rate, dizzy or difficulty concentrating. The best way to choose between which type of concentrate is right for you, and what to vape, is to try them yourself.

Terpenes: What You Need To Know!

Does CBD Show up in a Drug Test?