The astonishing changes in attitude towards cannabis by Federal laws makers just keep coming, giving further hope for an enacted federal approval of legal access for adults in the US. This would mean full decriminalization and a federal approach for smooth and sensible industry and market regulation.

The Chairman of the House Judiciary Committee, Representative Jerry Nadler (Dem) of New York, and Senator (Dem) Kamala Harris of California (who is running for president) have introduced a bill to end federal marijuana criminalization this month (July 23rd, 2019). Jerry Nadler’s sponsorship is significant; as Chairman of the House Judiciary Committee, he has the single-handed power to determine if the bill will be called to a vote (see NORML.com‘s response).

What Is Special About the MORE Act?

This bill might not make it through under the make-up of the current administration and current conservative opinion on Capitol Hill, but it presages the continuing push of positive popular opinion demanding change that is not letting up, and may see passage of this bill or similar in the near future, either under this administration or the next.

The Marijuana Opportunity, Reinvestment, and Expungement (MORE) Act is  “the most comprehensive marijuana reform bill ever introduced in the US Congress and is backed by a broad coalition of civil rights, criminal justice, drug policy, and immigration groups” according to NORML.com.

This goes to the heart of the matter concerning current federal criminalization by seeking to decriminalize cannabis in removing cannabis from the Controlled Substances Act. This would then enable states to set there own policies and regulations without the federal law causing overarching issues for cannabis industry finance, taxation, and access to services.

The MORE Act would require federal courts to expunge prior marijuana-related convictions and allow prior offenders to request expungement of their criminal records and if needed, request re-sentencing hearings.

It would also halt the denial of federal public benefits based on marijuana possession or previous pot-related convictions.

The MORE Act would also authorize the assessment of a 5% sales tax on marijuana and marijuana products to create an Opportunity Trust Fund, which would set up grants, loans, and other programs for “socially and economically-disadvantaged” communities that have been most impacted by the war on drugs.

Descheduling under the act would allow the existing state-legal marijuana industry to no longer be barred from accessing financial services or standard tax treatment in line with any other legal business. This would also mean a lower overall IRS tax burden for existing cannabis businesses who currently must work under the federal tax code for a limited and prohibited substance.

Veterans would have better access to medical marijuana with VA doctors no longer risking federal prosecution for filling out state-legal medical recommendations. 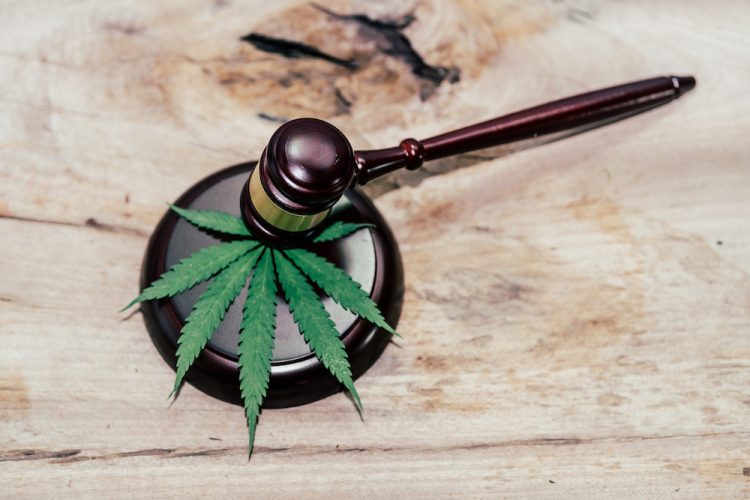 What Does the Cannabis Industry Think of the MORE Act

Cannabis Trade Federation CEO Neal Levine said in a statement made to Leafly. “There are thousands of state-regulated cannabis businesses operating around the country, employing hundreds of thousands of workers and generating billions of dollars in tax revenue. They deserve fair treatment under the law, and that is one of the goals this legislation seeks to achieve.”

Levine went on to say that growing number of Americans believe the  Cannabis prohibition experiment has failed while NORML has stated:  “The MORE act “begin(s) to remedy the pain caused by the criminalization of marijuana. This bill provides a real federal solution by fully descheduling cannabis from the Controlled Substances Act and providing relief to those suffering under the collateral consequences of having a marijuana charge on their record by facilitating the process of expungements.”

In the same Leafly interview, Aaron Smith, Executive Director at the National Cannabis Industry Association, said the  “this shows that the conversation has shifted from ‘if’ to ‘how.’ We are very happy to see an increased emphasis on how to address the racially and economically disparate impact of our failed federal drug laws so that everyone has the chance to benefit from the opportunities created by the legal cannabis industry.”

Bold Statements From Harris About a Bold Act for Cannabis Legalization

The MORE act is the most comprehensive bill thus far proposed for rational legalization of cannabis at the federal level with sponsorship on a whole new level. Harris, in her sponsorship of this bill is symbolic of the change of view happening in politics at the federal level with her previous anti-cannabis legalization position having been reversed: “We need to start regulating marijuana and expunge marijuana convictions from the records of millions of Americans, so they can get on with their lives,” she said.

Harris said in a press statement. “As marijuana becomes legal across the country, we must make sure everyone—especially communities of color that have been disproportionately impacted by the war on drugs—has a real opportunity to participate in this growing industry.”

Sam Kamin, Professor at the University of Denver’s Sturm College of Law and a long-time observer of cannabis legalization policies, told Leafly that he ‘noted the MORE Act is also more progressive than the so-called STATES Act, which calls for respecting cannabis-legal state laws without federal interference’ – introduced by another surprising team linkage with Democratic Senator Elizabeth Warren of Massachusetts (also running for president) and Republican Senator Cory Gardner of Colorado.

When interviewed by Leafly Kamin went on to observe that the proposed MORE act, is “Definitely coming from a social justice place. It is a pretty bold statement [by Harris] in terms of jumping into the cannabis fray. She’s been relatively quiet on that; she’s been sometimes seen as dismissive on that issue. So this does definitely put her into the mix on this issue.”

Major positive moves to change cannabis laws on the federal level can be expected to happen in the not distant future, but under the current administration, it may still be a struggle for change to the existing laws on Capitol Hill. If this administration maintains a backward-looking conservative approach, then this leaves it to the next administration to change the laws.

The Government and Capital Hill can no longer ignore their responsibility to hear the clear message and act, according to overwhelming and growing positive public opinion supported by a growing number of members from both sides of the house, either via the MORE act or another.

CBDA vs CBD: How Are They Different?

Latest News on the MORE Act, Bill to Decriminalize Weed