Terpenes: What You Need To Know!

Quick Navigation
What are Terpenes?
How Do Terpenes Work?
The Entourage Effect
Limonene
Pinene
Myrcene
Linalool
Terpenes in Production
What's the Best Way to Enhance Terpenes?

Up until now, most scientific studies of marijuana have focused on the cannabinoids THC and CBD, for good reason, and most consumers and patients have developed preferences in how much of these compounds they prefer, and the best products and techniques to optimize their effects.

And yet, most people notice that even the same cannabinoid levels in different products can affect them differently, or that even the exact same strain of marijuana, when taken at different times, can have different effects. Scientists are exploring these natural variations, which is drawing more and more attention to terpenes.

Terpenes are volatile organic compounds that are the primary component in essential oils. They are produced by a wide variety of fragrant plants, notably herbs and conifers, and by some insects.

Fragrant terpenes are used by plants to attract beneficial insects and pollinators, and to deter predatory insects. Hops is rich in terpenes, which affects the flavor and quality of beers. Cannabis sativa has 120 known terpenes.

Since terpenes are aromatic oils, they give marijuana plants a distinctive taste and flavor. But, because they are produced naturally, it's normal for a plant to produce more during different times of the year, or even during different times of the day. A herb garden is most fragrant on a summer afternoon, for example, when warm sun has stimulated the plants' respiration to exhale more of these compounds, and dry weather has concentrated the oils in the plant.

The amount and kind of terpenes present depends on the climate, the soil, the age of the plant, and other factors. 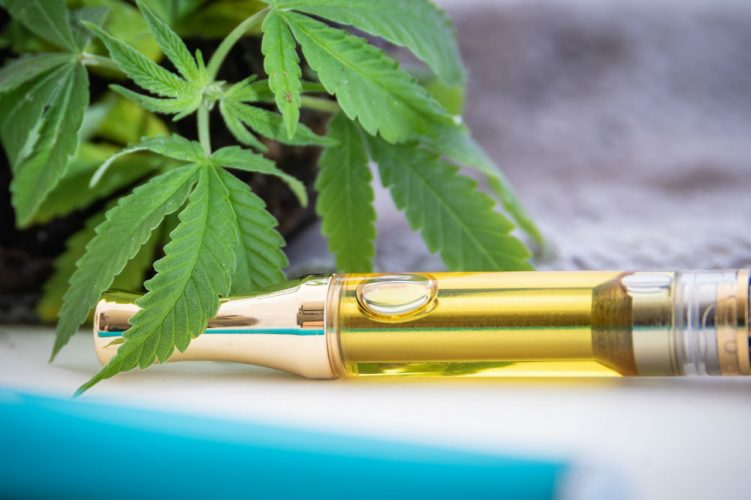 How Do Terpenes Work?

Interestingly, not only do terpenes give different strains of marijuana a distinctive flavor and odor, but it turns out that terpenes have an effect on the brain, affecting our neurotransmitters and changing how we experience marijuana.

Terpenes operate synergistically with cannabinoids, influencing how much THC passes the blood-brain barrier and how it binds to our cannabis receptors, in a partnership called the “entourage effect.” Terpenes influence how much of an effect marijuana has on our brains, but also influences what kinds of effects it has.

It has become common knowledge that eating a mango before using marijuana increases the sensation of being high. That's because ripe mangos are rich in the terpene myrcene, which increases the effects of TCH. Interestingly, while it has long been known that drinking a beer before using marijuana also increases the sense of being high, it has been attributed to changes in the digestive system. However, it's also likely that the terpenes in hops may contribute to increased absorption of THC when the two are taken together.

We also know that different terpenes can influence the quality of the effects of marijuana. Many strains of marijuana are named for their distinctive scents and flavors, which can help to identify which terpenes are present, and may be able to indicate what kind of effects one can expect from that strain.

For example, we have identified distinctive psychoactive effects of some of these common terpenes:

Limonene has a citrusy, lemon fragrance. It is associated with an elevated mood and reduced stress, and may help to alleviate anxiety and depression.

The following are some high Limonene terpene strains of cannabis you can grow:

Pinene has a piney, conifer aroma. It promotes feelings of alertness, creativity, and euphoria. It can also help to reduce inflammation.

The following are some high Pinene terpene strains of cannabis you can grow:

The following is a Decarboxylated CBD oil with Alpha & Beta Pinene terpene:

Myrcene has a musky, earthy scent, common in the undertones of mangoes, thyme, and lemongrass. It is physically relaxing, with a sedative effect and a body high. It is often used to treat insomnia.

The following are some high myrcene strains of cannabis you can grow:

The following is a Myrcene terpene CBD oil vape juice:

Linalool has a floral, sweet scent. It is relaxing and calming, and also frequently used to reduce anxiety and have a sedative effect.

The following are some high Linalool terpene strains of cannabis you can grow:

The following is a Linalool terpene CBD oil vape juice: 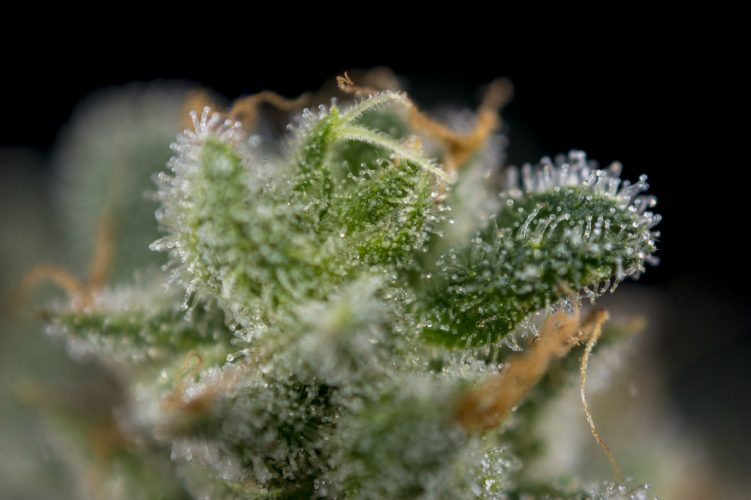 As we learn more about terpenes, and consumers have more sophisticated understanding of the products and the effects they are looking for, marijuana producers are looking to meet that demand.

The challenge for producers is that, as a natural compound, there is a natural variation in the type and amount of terpenes present in their products. Consumers want more precision, and more predictability.

Incidentally, this is a problem that the beer industry solves with seasonal beers. Hops also have natural variation in their terpene levels, but of course consumers expect beer flavors and aromas to be consistent bottle after bottle, year round. Hops are dried and processed to preserve their terpenes for production all year long, but brewers also make short-run, less predictable seasonal beers where more product variation is acceptable.

Currently, many marijuana producers are adding terpenes back to the product, in order to create a more consistent customer experience. They can use plant-based or synthetic terpenes. Plant-based terpenes have a greater entourage effect, working better in concert with other natural compounds. Synthetic terpenes have the advantage of being much more consistent, with very predictable flavors and effects.

Currently, vaping is the best way to use marijuana and get the full effect of terpenes without using heat that damages the delicate oils. However, as scientific exploration continues and manufacturing techniques evolve, consumers can expect more options and techniques for enjoying terpenes.

As we learn more about terpenes, and manufacturers and consumers gain a better understanding of how to harness and benefit from these powerful compounds, consumers can expect a future with a greater range of choice. Marijuana growers will learn from methods used in beer, essential oils, and perfumes, where these compounds have been enhanced, preserved, and protected for generations, to deliver products that harness the power of nature with less natural variation.

Manufacturers will have more control and consistency over these delicate compounds, so that the flavors, aromas, and effects of cannabis products can be delivered more measurably and consistently. Customers will then be able to understand which terpenes have the effects they desire, and get the product that is tailored to that preference.

In the meantime, take some time to explore the world of terpenes and know that different strains of marijuana have different terpenes and concentrations that can affect you positively in different ways.  Enjoy the journey.

What’s the Difference Between Cannabis Oil, Wax Extract, and Shatter? What’s Best and What to Vape?