As of mid-2018, Indiana is not considered a medical marijuana state.

It is subject to the state’s controlled substance excise tax.

However, two pieces of passed legislation have begun to change the existing laws and provided a way for a specific group of patients to use medical marijuana.

In February 2017, the state’s Governor Eric Holcomb signed Senate Bill 327 into law, which is Indiana’s first step towards legalizing marijuana for medical purposes and specific patients only. It does not cover marijuana cultivation or growing, extraction, physician prescription or treatment, or how to obtain the marijuana for usage.

Rather, it does cover the definition of cannabidiol (CBD), the fact that the CBD should contain absolutely no THC (tetrahydrocannabinol), and creates a strong defensive position arguing against the state’s marijuana possession laws in the case that a child using it for epileptic seizures or their parent is arrested for possession. This is the first step towards decriminalizing medical marijuana for this tiny class of patients. It went into effect July 1, 2017.

Several days later, on February 21, 2017, the House Bill 1148 was passed, which allowed any patient suffering from epileptic seizures to purchase the CBD oil without any THC. It has also gone into effect. The CBD oil can’t have more than 0.3% THC and has to have at least 5% cannabidiol by weight. 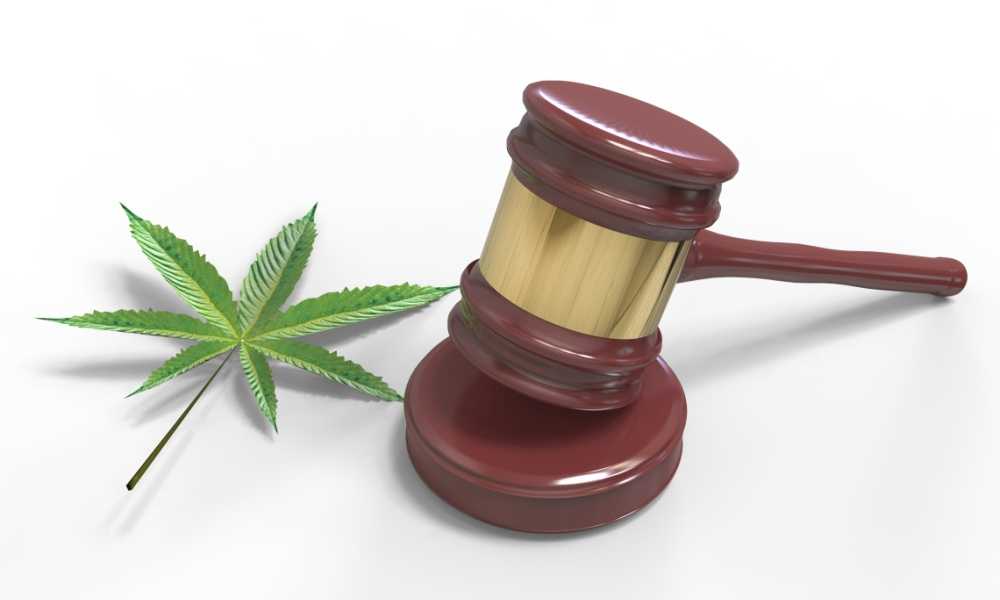 The bill passed by the Indiana legislature also has provisions for creating a CBD registry to collect all data on medical marijuana patients and caregivers. This registry would be mainly for law enforcement use (to prevent unnecessary arrests) and would issue registration cards to qualified users. Patients and caregivers would submit applications and pay registration fees.

While as of June 1, 2018, the registry hasn’t been established under the Indiana Department of Health, further details for it are well documented in House Bill 1148.

How Patients Can Use and Get Medical Marijuana

The only patients qualified to use medical marijuana in Indiana are those who’ve been diagnosed with Dravet syndrome, Lennox-Gastaut syndrome, or have another form of epilepsy that hasn’t responded to at least two other epilepsy treatments. No other condition, disease, or disorder is covered by Indiana law and is subject to prosecution as per all the other marijuana laws in the state. Caregivers are also qualified to administer medical marijuana, and they must be a parent or guardian of the patient.

The patient’s physician must also be licensed and board certified by the state in neurology. They have to give the patient or caregiver a written diagnosis of the syndrome, which must then be produced as documented evidence. The physician has to meet the patient in person for the diagnosis, as prescriptions for medical marijuana aren’t allowed through telemedicine services.

Under the Senate Bill 327, the substance containing CBD is a pharmaceutical product provided by a wholesale drug distributor and is approved by the federal FDA. It has to be delivered in a container labeled with the origin, volume, and concentration of the active CBD chemical.

As of June 2018, marijuana cultivation is still illegal and subject to both federal and state prosecution laws. At the law enforcement level, the state has a Police Marijuana Eradication Program that works to stop marijuana grow operations and appoints law enforcement officials as coordinators who work with both federal agencies and the public.

However, the legal ramifications of possessing marijuana – even after following every guideline above – are still present. That means medical marijuana patients and caregivers can still be arrested for possession and usage. After the above bills were passed, Indiana stores were raided by police at the governor’s request to remove any CBD products.

The Association of Indiana Prosecuting Attorneys, Inc. under the state government Indiana Prosecuting Attorneys Council (IPAC), is opposed to any legalization or decriminalizing of marijuana, for any purpose including medicinal. This means that, at the state level, the government is not actively pursuing legal protection for medical marijuana patients, caregivers, physicians, or any other persons connected to prescribing, using, possessing, or treating illnesses with marijuana. In fact, IPAC actively campaigns to keep marijuana classified as a federally classified scheduled drug, punishable with prosecution because it is seen as directly contributing to widespread drug use.

More legislation is continually coming to the table in both the Indiana Senate and House, trying to establish a state-enforced medical marijuana program. It would be called the Department of Marijuana Enforcement (DOME) and would work in tandem with the above approved registry to provide a database for patients, caregivers, and possibly physicians to apply for registration cards.

The Future of Medical Marijuana in Indiana

In 2018, the conversation around legalizing medical marijuana for patients with a variety of conditions is ongoing in Indiana. Both state representatives and the House Speaker are attempting to work together to study the drug’s effects.