So you’ve found a spare cannabis concentrate oil cartridge that you thought was long gone! It’s not unusual to stumble across a cartridge left forgotten somewhere.

There’s good news if it’s still the same color and the same viscosity (basically, the lack of ‘sludginess’) as when you first obtained it. It might have still lost some potency, just due to the fact that it’s been sitting around for six months or longer. As long as there is no mold, it should still be good to use.

But what if the oil has either formed the sugar crystals, darkened in color, thickened in consistency, or now tastes really bitter? The potency has also decreased to the point that it’s very noticeable. The oil in your oil cartridge has changed properties, been affected at the molecular level, and there aren’t any processes that can restore it back to full potency. That’s one of the realities when dealing with plant based oils.

Cannabis oil is extracted from the flowering cannabis plant. If you extract a plant based oil, such as rose oil, olive oil, or another type, it has a limited shelf life. Thanks to many factors, the cellular structure of the plant cannot sustain pure potency for an indefinite period of time. This would be the same for any plant based item, and cannabis oil falls into that category as well.

THC (tetrahydrocannabinol) is the main psychoactive component in the oil that affects your brain and causes the mental and physical changes in your body. This THC has its largest concentrations in the flowers, which are cured in order to get the maximum out of them. The flowers are the most delicate parts of the plant, just like the flowers in any other plant, so they have even less of a shelf life than if the roots, leaves, or stems would be used.

What are the factors that have caused these oil cartridges to go bad?

So, with that said, then the oil cartridges will go bad over time  becoming unusable. Sometimes they may show mold  growing on them. But mostly, they just degrade to the point that you’d get the same effects as using olive oil if you tried to vape with them.

There are four main factors that cause oil cartridges to degrade and lose their potency: There’s no way to keep factor number four, time, from degrading your oil cartridges, so you should use them within the first four to six months of receiving them, but you do have control over heat light and oxygen exposure. 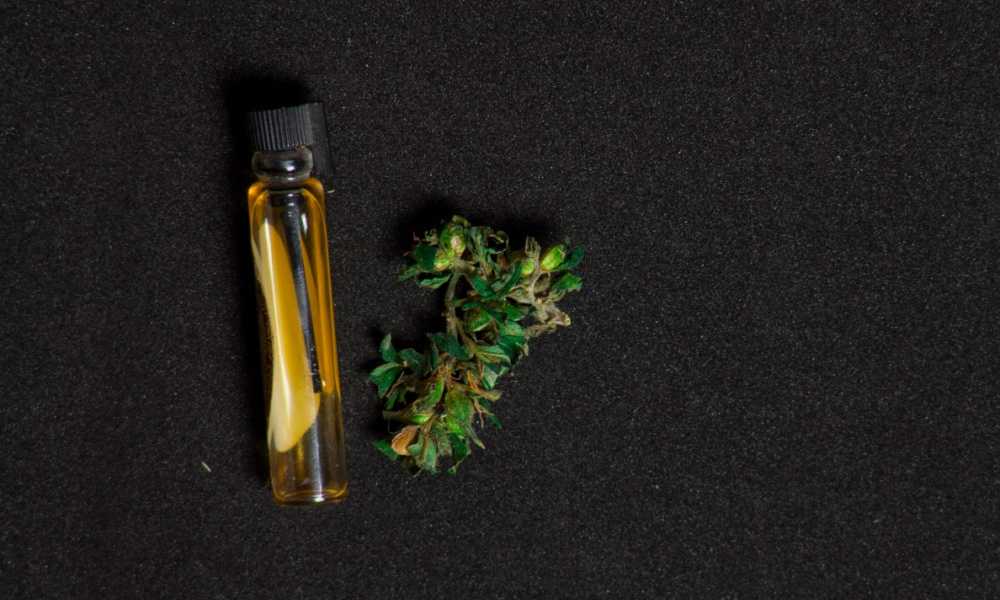 Heat and warmth will degrade the THC in the oil cartridges. It doesn’t have to be you deliberately heating the oil in the cartridge; it can often come from just being in a pocket or handbag. The natural body heat contributes towards degradation, thus shortening the life of the oil cartridges.

If you want the oil to last longer, then try to find a dispensary that sells separate syringes filled with hash oil. That way, you can store the oil in a dark, cool place like a cabinet or cupboard and only use what you need when you need it. The less heat comes into contact with the oil, the longer it will stay at full potency.

Keep Out of Sunlight

Cannabis oil in the cartridges comes from the cannabis flowers, which, when they were on the plant, were involved in the process of photosynthesis just like other plants. When high intensity sunlight hits the cannabis oil, it decreases the rate of photosynthesis that’s still present at the molecular level. That causes the molecules to break apart into their respective atoms, and for those plant atoms to also break down.

The sunlight actually degrades the THC crystals. This in turn causes a chemical reaction that changes the cellular composition of the THC to CBN. CBN is a cannabinoid that has a few of the same characteristics as THC, including medical properties and the ability to induce you to sleep. But the psychoactive effects of the THC are gone. You no longer have THC in your oil any more. Keeping you oil in a cool dark space is important. Yes, the actual air you breathe can cause degradation in the oil cartridges. The fatty acids present in the cannabis oil don’t interact well with oxygen molecules and will degrade. When it’s combined with both sunlight and heat, oxidation can wreak havoc on a new oil cartridge within just a few months.

How to Store Oil Cartridges

To prevent your oil cartridges from going bad quicker, your best options for storage include refrigeration and any dark, cool sheltered place that won’t allow in any sunlight, heat, and very little oxygen. You can’t stop time from degrading the plant properties, but you can slow it down. That will give you the full potency for the longest period of time.

Greetings! I’ve been following your blog for a time now and finally got the bravery to go ahead and give you a shout out from Houston Tx! Just wanted to mention keep up the good work!

Hi Domenic,
Thanks for the nice comment from Houston! Great to get feedback like yours. Helps make the effort worthwhile 🙂

Thanks for writing this. I learned alot

The good news: no mold. The bad news: it doesn t look like the translucent and golden “shatter” I once had. What’s before me now looks like a collection of off-yellow sugar crystals. Has this hash oil gone past its shelf life? Can you still enjoy it?

Hi Julie,
If you don’t store shatter properly it can start to degrade and breakdown. It will lose its consistency, flavor and potency. Ideally you should store it in a cool and dry place for the long term. It needs to be protected from moisture, heat, oxygen and UV light. Direct sunlight is very bad for it, moisture plus heat is is a no-no.

If the shatter is warmed up it will cause the cannabinoids and terpenes to activate, which is what you want when you are using it, not when it is lying around cooking in warm sunlight. If the shatter has been badly stored, it may degrade into something like you describe, a material that has a texture and look similar to butter or to sugar crystals.

If you use this degraded form you cannot expect the same results from properly stored glass-like shatter and you may have to consider discarding it, making or buying some new material and also investing in a good storage container you can put in the fridge or a cool place, like a pantry space where the temperature remains even. The container will keep out the light and moisture and I would also include a silica gel RH control pack in the container to keep the storage conditions inside optimal. If you want to see a good container for use at home, see the post on Best Smell Proof Container for Weed and look at the Herb Guard product. It comes with an RH pack included! All the best.

Good post! We are linking to this great post on our site. Keep up the good writing.

I will be following.

I specifically like CBD Isolate Capsules because they do not contain any THC so I have peace of mind in the case that I have to take a drug test for work because I am in the military..

Hi. I have checked out themarijuanavape.com after finding you on a social link. Nice site and useful information on CBD and cannabis. Thanks.

Thank you very much for this article! So what if I keep my oil from detrimental factors the best I can? Let’s say I vacuum seal it and keep it in my freezer, how long will it stay good?

Hi Dizzee, thanks for the question.
Oils are the most stable form of cannabis for preservation but preparations prepared with glycerin will degrade faster, whereas pure alcohol distillation can last years under the right conditions.
Three factors will degrade an oil: light (especially ultra-toilet spectrum), heat and oxygen.
Simply put, heat speeds up chemical decay, oxygen will oxidize oils (sort of similar chemically to iron rusting) and UV exposure will damage the oil as UV energy cuts the long chain molecules down to smaller pieces, so your oil is no longer the same.
I think vacuum sealing the oil will certainly help preserve it but not really necessary if you put it in opaque glass containers or bottles with only a small amount of air space and then put it in the fridge, or for very longterm storage, you can put it in the freezer to preserve potency.
The dropper bottle the oil comes in is often opaque, but not all of the bottles are. If these bottles come in cardboard cylinder boxes (as mine does) then keep the bottle in that little box which is perfect to stop light, then just put the bottle in that package in the fridge. Use when needed and it will last months to a year, or beyond.

Hi, I have an INSA vape dart that has a suggested use date of 11/06/19. Would you recommend using it now?

Hi Jason,
Thanks for your enquiry.
If you have kept the dart in a cool, dark and stable environment since buying it (eg. inside an opaque container in the fridge) then I am sure the oil will still be in perfect condition or a near perfect state. If you have had the dart in a draw, on a shelf or knocking about in the car glove compartment where it has been exposed to a range of temperature changes, then the contents may not be optimal, but we are not that far beyond the expiry date of your dart – only 2 months.
The key is to keep your cartridge/contained oil in a stable, dark, cool/cold environment and then the shelf-life will be greatly extended – even beyond expiry – along with maintaining optimal quality.
If your dart has been bought from a government approved dispensary then I think it is also safe to use past the used by date at this time, even if it was not stored in an optimal way.
If for some reason you are still not sure, consult your dispensary for a second opinion or dispose of the cartridge.
Personally, I would still be Ok using it.

Thank you for helping out, superb information.

Never knew this, thanks for letting me know.

Honest Diplomacy for Peace – Priority One

We use cookies to ensure that we give you the best experience on our website. If you continue to use this site we will assume that you are happy with it.Ok