Home » CBD » CBD Advice » CBDA vs CBD: How Are They Different?
CBD Advice

CBDA vs CBD: How Are They Different?

CBD oil seems to be just about everywhere these days, and now that you’ve got a good understanding of it, CBDA gets introduced. You might now be wondering which is better between CBDA vs CBD. You also probably want to understand the differences between the two.

Both CBDA and CBD are cannabinoids. These are unique compounds created within hemp and cannabis plants. It is largely believed that CBD is more compelling when it comes to medicinal properties, which is why you likely haven’t heard much about CBDA. Although, a recent trend that involves juicing cannabis leaves reintroduced CBDA to the market.

To understand the properties of both, it is important to learn the relationship between CBDA and CBD. CBDA is found in raw plant material and is the acidic precursor to CBD in its active state. There are over 426 chemical entities within one cannabis plant. Of those, more than 60 are cannabinoid compounds. Included in that number are THC, or tetrahydrocannabinol, and CBD.

Nearly everyone knows the health benefits of CBD. It is easy to find the many research studies conducted on it. It is widely used, and for very varied purposes. With that said, there just simply isn’t as much known, or readily available, data about CBDA. While information is a bit more limited, the results that are known seem to be overwhelmingly positive.

CBD and CBDA both develop in cannabis plants as the cannabinoid known as CBGA. CBDA synthase converts CBGA into CBDA as soon as there is an available enzyme. Once this conversion takes place, CBD is created from CBDA through decarboxylation, which is a process that includes heat application to move the carboxyl group.

Decarboxylation has the potential to happen instantaneously. Examples include cooking or vaporizing. It is also possible that the process takes longer, such as when plant matter is simply left out.

Both CBD and CBDA have been proven to have a positive influence on the endocannabinoid system in the body. That system helps to regulate the balance in immune response, metabolism, cellular communication, various bodily functions, and overall mood. The endocannabinoid system controls several functions throughout the body, which is why CBD is so impactful on varied ailments.

When it comes to what they do, the primary differences between CBDA and CBD have to do with the kinds of receptors they influence: 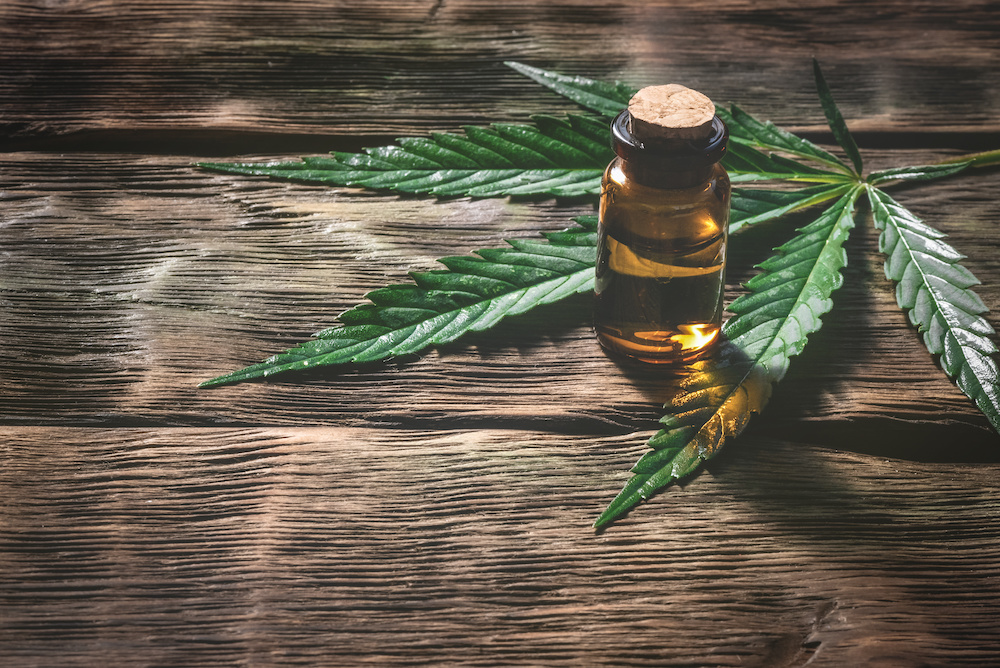 CBDA vs CBD: The Results

The best results have been found to exist when CBDA and CBD are able to work in conjunction with one another. It has also been shown that CBDA can help to increase CBD’s potency. This basically means that you can take smaller amounts of CBD but maintain the current effectiveness.

There is such little research that has been completed on CBDA as a stand-alone product that the results of its work in tandem with CBD is also limited. However, with that said, the results that do exist seem quite promising in terms of effectiveness. Those results have a lot to do with both the physical, mental, and therapeutic benefits of both compounds.

There are multiple health benefits available through the use of both CBD and CBDA, and you’d notice that these benefits are pretty similar between the two compounds. However, the therapeutic effects are quite different.

CBD just has a more varied range of benefits for your health. What’s more, it should be noted that CBD has been studied in much more detail than CBDA.

Nearly everyone either uses CBD for medicinal or therapeutic benefits or knows someone who does. It is believed to offer various physical and mental health benefits. In recent years, it has proven to only grow in popularity and use.

CBD has been shown to help mitigate several health problems. These include:

These health benefits of CBD can be broken out into five different categories. They are anti-anxiolytic, antipsychotic, anti-seizure, anti-emetic, and anti-convulsive.

Given that the benefits of CBDA have been explored a lot less than CBD, its potential is still not fully explored, though its benefits are already seemingly apparent. With that said, it has been shown to treat various health issues, some of which are very similar to the benefits you get with CBD. These include:

While there are some differences between the two compounds, CBD and CBDA both serve to benefit just about anyone’s overall health. In addition, putting the two compounds together seems to not only increase potency but also serves to offer greater and more pronounced benefits.

While CBD and CDBA cannot be guaranteed to cure health conditions or ailments, anecdotal evidence, along with several scientific studies, have shown the relief that users have felt by using the compounds. You don’t have to think of the two compounds as CBDA vs CBD; instead, you can choose to use them independently or combine them for whatever ailments you experience.

How to Make THC Vape Juice in Easy Steps