As opioid use increases each year dramatically, many people are on the search for alternative pain treatments. Many people are growing interested in ways to reduce their dependence on opioids, but they still need a way to cope with the pain. One promising area of research has been cannabinoid-opioid interaction in chronic pain.

Using cannabis products to cope with pain is nothing new, and it's been one of the driving arguments of the movement to legalize marijuana for years now. Not just in the USA, but also other countries.

Medical marijuana exists mostly to help people cope with pain. Yet, it is often criticized for lack of scientific support. Thanks to the discovery and use of CBD, that is slowly changing.

Quick Navigation
What Is CBD?
How Do Cannabinoids Work?
What Does Cannabinoids Do
Why Opioids Are a Problem
How Cannabinoids Help
Cannabinoid-Opioid Interaction in Chronic Pain
What Does It Mean?
It Has to Be Regular
Other Studies
1. Cannabis Can Help People Stop Using Opioids
2. People Choose Cannabis Over Opioids
Does This Mean Cannabis Should Replace Opioids?
Conclusion

CBD, or cannabidiol, is a compound found in all cannabis plants, which means that it does not have to come from marijuana. In fact, CBD products are made from hemp, which is related to marijuana, but it doesn't have enough THC to get you high.

The best part is that CBD appears to be the cannabinoid compound that is most responsible for marijuana's pain-relief effects anyway. This has opened the door to more research and less stigma surrounding the use of cannabinoids for medicinal purposes.

How Do Cannabinoids Work?

Cannabinoids are interesting because they don't treat the symptoms of anything. Another way to understand it is that cannabinoids don't act directly on any of the symptoms you feel.

For example, many non-opioid painkillers are made of anti-inflammatory substances; the medicine itself directly causes a reduction in inflammation, which eases your pain. Opioid painkillers interfere with your ability to feel pain. Either way, they have a direct effect on your pain.

One is anandamide, which is "the joy molecule", and another is the 2-AG, which is naturally part of the body's appetite, immune system, and pain management.

What Does Cannabinoids Do

Cannabinoids are substances found in all cannabis plants, including THC and CBD. They are so similar to the endocannabinoids produced in our bodies. As such, they can interact with our endocannabinoid receptors.

Many people are familiar with the way marijuana consumption can dramatically increase appetite. A cannabinoid's effect is concentrated on the immune system and pain management. In particular, CBD reduces inflammation in the body by regulating the immune system, which controls inflammation.

Why Opioids Are a Problem

There's no doubt that opioids are very effective painkillers, but there is some doubt about whether or not we should be using opioids. Prescription opioids are tightly managed, and most doctors will only prescribe a certain amount to any patient within a given time frame.

That's because opioids are among the most addictive substances on earth, and relying on them for pain management can create a lifelong habit. More importantly, as you use opioids, you build up a tolerance for them. Before long, you will need a higher dose to achieve the same effect.

Many people who rely on opioids for pain management eventually turn to illicit drugs like heroin. They do this because their doctor will not prescribe any more painkillers, or because they are not getting a strong enough dose from their prescription medications to manage their pain anymore.

As such, they will constantly need higher and higher doses of opioids to handle their pain, and the risk of a fatal overdose is very real and increases with time. There are other dangers with non-prescription opioids, too. Since they aren't being made under any sort of regulation, there's no way to know what's actually in them.

There are also all of the risks inherent in injecting yourself with drugs such as accidentally introducing air bubbles to your bloodstream and using a dirty needle. So, while opioids can manage pain very well, there are major risks in using them.

Not long ago, many people genuinely wondered why we would use one illegal drug to lower the usage rate of another. Now, though, marijuana is legal in several states, and CBD is legal in all fifty. As legalization has become more widely accepted, more research on the benefits of using cannabinoids has become more common.

As a result, we are becoming increasingly aware of how cannabinoids affect the body and how they benefit us. We've already discussed what the endocannabinoid system is, and why it matters. It's important to understand, though, that we also have real-world evidence of this; it is not merely theory.

Several studies in recent years have shown that regular cannabis users can manage their pain with fewer opioids than non-cannabis users. If you don't want to read through the studies, the gist of them is that people who use cannabis regularly are far less likely to use opioids for pain management than people who do not use cannabis at all, or who use it infrequently.

It isn't coincidental, either. The participants in those studies were intentionally using cannabis to reduce pain, along with improving sleep or handling stress. It's quite effective for them, too, since they were fifty percent less likely to use illicit opioids to help cope with the pain as the other people in the study. 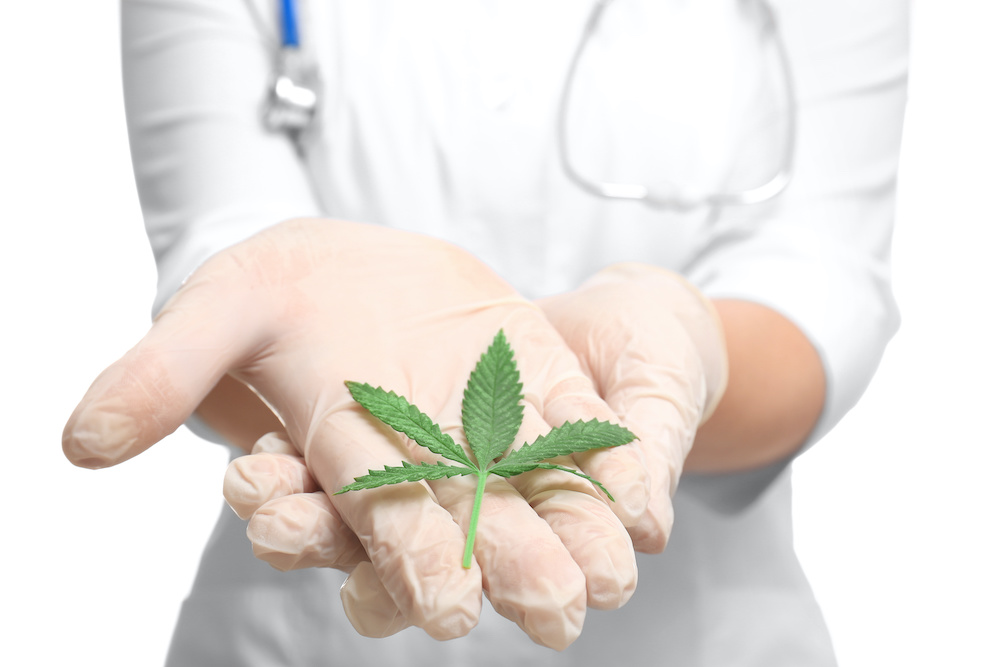 What Does It Mean?

We should point out that this research is still not conclusive. A lot more work needs to be done to be sure that we know the best ways to use cannabis to help manage chronic pain. Still, there's a lot we can learn from this study.

We should definitely not assume that all opioids are harmful and that cannabis is the best alternative treatment for chronic pain. Not everyone who used opioids for pain has become addicted, so there are clearly other factors at stake. Likewise, not everyone who uses cannabis reports that they experience pain relief.

It Has to Be Regular

Actually, that's not entirely true. We can also say that cannabis use has to be regular in order to reduce the need for opioids. Most people surveyed who used cannabis infrequently were just as likely to use opioids as those who didn't use cannabis at all.

Regular use, meaning daily use, of cannabis is where the difference is made. This makes sense; if you only use cannabis once a week or less, you wouldn't expect it to make much of a difference. In addition, many CBD advocates recommend "microdosing" or taking small doses of CBD daily so that there is a constant level of CBD in your system.

Again, without more research, it's hard to know how something like microdosing can affect. However, given what we know about how cannabinoids work, it makes sense that the best way to enjoy their benefits is to keep a constant amount in your system.

This isn't the first time that cannabis use has been linked to decreased opioid use. This study in Michigan found that patients with access to legal, medical marijuana used far fewer prescription opiates.

That's significant precisely because these patients had prescriptions for opioid painkillers, but they didn't use them because they had access to medical marijuana. In fact, among the cannabis users, the rate of opioid use dropped by 64%.

In the other studies, it was always possible that some respondents were long-time cannabis users, and that this affected their perception of its effectiveness. In this study, patients who were using prescription opioids and did not have access to medical cannabis were given that access, and overwhelmingly chose cannabis.

Does This Mean Cannabis Should Replace Opioids?

It's way too early to say that. Opioids have some problems, but they do work. More importantly, they work for everyone. While most people experience pain relief from cannabis, some people don't.

There are also still people who prefer opioid painkillers. Not everyone in those studies chose cannabis over opioids, just a majority of them. Some people don't like the way cannabis products make them feel, and for some people, they aren't as effective as opioids.

What is clear is that cannabis-based strategies for pain management should be used more frequently. Their effectiveness is undeniable, and they have far fewer side effects than opioids. It also seems that cannabis may be able to help opioid users stop using them, although a lot more research needs to be done before we can say that with any certainty.

What's surprising was the people who felt that the cannabis was more effective in relieving their pain than prescription painkillers. These, after all, are medications created under strict regulations and exacting standards for the specific purpose of relieving pain. Meanwhile, the test subjects were not using cannabis-based medications.

They simply used medical cannabis from their local dispensary. Many of them would have been smoking it, and still, it was more effective than prescription drugs. That indicates that cannabis may be an even more powerful pain reliever than many of us had previously thought.

Cannabinoids have a clear correlation with the decreasing need for opioids in chronic pain patients. That much is clear. What's even more interesting is that nobody had to be told to pick cannabis over the opioids. When presented with a choice between the two, people simply preferred cannabis.

We can't stress enough that this does not mean opioids are terrible, or that cannabis is the be-all-end-all of pain management. While the results of these studies are impressive, they are also far from conclusive. There's a lot more research that will be done in the coming years on the effects of cannabis on chronic pain.

What's clear right now when it comes to cannabinoid-opioid interaction in chronic pain is that cannabis can dramatically reduce your dependence on opioids while still effectively treating your chronic pain. While you may not have access to medical marijuana where you live, there are still options available to you. Cannabinoids, or CBD, is legal in all fifty states, and it will likely prove just as beneficial to you as medical marijuana.

Indica vs Sativa Leaves: How Are These Cannabis Types Different?

Best Cannabis Strains Based on Customer Reviews at Leafly