Can You Vape Soda?

After you get your vape pen and discover the world of refillable vape pen cartridges, you can really go to town finding all kinds of amazing flavored cannabis oils and juices with nicotine in them.

Unfilled cartridges are sometimes called cartomizers. Your e-cig (electronic cigarette) can take in a lot of different kinds of substances – but what about regular liquids? Can you vape soda?

Quick Navigation
Could You Vape The Same Soda That You Drink?
What’s in an E-Liquid?
The Chemical Properties of Soda
What Happens When You Add the Vape Pen Heat?
Stick to E-Liquids

Could You Vape The Same Soda That You Drink?

Well, the short answer is that you can’t vape soda because of the damage it would do to the actual atomizer. You’d also not get the same flavor as if you drank soda straight from the bottle.

But, even though that’s the truth as to the soda damaging your e-cig, let’s take a look at the science behind it. We’ll start with e-liquids and why they’re so important and special for vaping.

What’s in an E-Liquid?

Short for electronic liquid, e-liquid (which also goes by the slang name of e-juice) is a special mixture of nicotine that’s been mixed with cutting agents like propylene glycol, glycerin, and any flavorings put into the mixture.

It’s not necessary for e-liquids to contain nicotine, but they must contain the other additives. There’s typically only about 5% nicotine, with the other 95% made up of cutting agents. These agents are responsible for producing the vape pen’s famous vapor.

How does your e-cig generate this vapor? That’s all dependent on the chemical reaction that takes place in the cutting agents when they’re exposed to the vape pen’s heat. Vape pens have coils that heat up the e-liquid to between 350° and 400° Fahrenheit, causing the propylene glycol to turn into a gas; it literally vaporizes.

The flavorings’ particles are suspended in the gas, creating the flavored vapor that you inhale. In essence, heat changes a liquid to a gaseous aerosol. That chemical reaction occurs because of the cutting agents and additives that are a part of the e-liquid formula to begin with.

The Chemical Properties of Soda

Soda is also a liquid with many chemicals in it, including caffeine, a sweetener like high-fructose corn syrup, both natural and artificial flavorings (coca extract, lime, etc.), and carbonated water. It also contains an additive called caramel color, which is really just sugar treated with ammonia. When kept cold or at room temperature, none of these ingredients prove particularly harmful on their own and seem to be perfectly fine to add to a vape pen.

However, everything changes when you add heat. 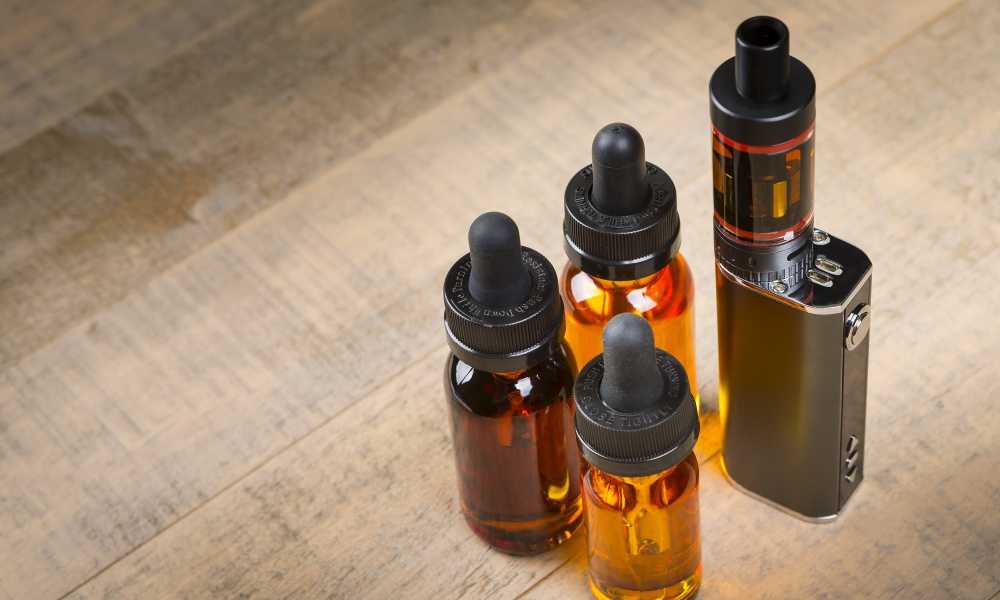 What Happens When You Add the Vape Pen Heat?

The propylene glycol in the e-liquid turns from a liquid to a gas when it interacts with heat – not so with the chemicals in soda.

When you add the vape pen’s heat of at least 350°F, it’s the carbonated water that will vaporize. However, none of the other additives or substances will do that. The high fructose corn syrup will be left behind. When syrup is heated, it crystallizes and burns. That means if you add soda to your vape pen or e-cig, you’ll be left with burnt sugar bits that will clog the atomizer, rendering it useless.

What happens to the caffeine in soda, if you heat it up? On the Celsius scale, the vape pen heats up the e-liquid to between 100°-250°. The boiling point of the actual caffeine is 178°, while the melting point is 235°. So, if you try to vape soda, you will potentially end up with either boiling or melting caffeine. That also clogs up the coils in the vape pen, rendering it useless.

But besides burnt sugar and boiling caffeine, there’s another danger lurking if you try to vape soda. The caramel coloring of sugar and ammonia, if heated by the vape pen, turns into a carcinogen. That makes it even more harmful than the small amounts of nicotine in the e-liquid. You’d be attempting to breathe in cancerous fumes.

E-liquids were specially formulated in a laboratory that can test the additives, flavors, and cutting agents to produce the correct amount of aerosol vapor. It was scientists who chose to combine nicotine with the propylene glycol, specifically because it turns into a flavored aerosol for you to breathe in. The chemical reactions going on in your vape pen were developed for a reason; it works.

With over 8,000 e-liquid flavors for you to try in your vape pen, there’s little chance of you running out of options to choose from. It’s important that you not only not vape soda, but that you don’t try. It will ruin your e-cig with a burnt, sticky mess that doesn’t give you any of the great flavors of soda.

Save your e-cig from becoming destroyed – and have the soda on the side to drink instead.

Can You Dab Oil Cartridges?