Can You Dab Oil Cartridges?

To dab or not to dab? That is the question, but can you dab oil cartridges?!

With the increase in both the legality and popularity of cannabis, new extract forms have cropped up on the market.

The most well known product form of cannabis  is cannabis oil, which has primarily been extracted from the flowers of the cannabis plant. These oils can come in their natural sticky, viscous form, or they can be made even more concentrated to form dabs.

Quick Navigation
The Basics of Dabbing
What’s the Oil in Vape Cartridges?
Dabbing Oil From Cartridges
Differences in Temperature
Chemical Additives
So, Should You Dab Oil Cartridges?

To create a dab, a solvent like butane or carbon dioxide (CO2) is applied to the cannabis oil. This extracts the THC, which is the primary psychoactive chemical in the cannabis flower that can variably affect your mental state visually, apart from a mood affect or other physiological affects that can occur. If CBD is the target of an extract and the main component of a cannabis oil, then it the primary affect is on the feeling level (mood) as well as other affects that can restore bodily homeostasis.

The oil then becomes even more sticky and concentrated, to the point that it looks like ear wax, has a darker color, and can develop a glass-like sheen. Although it doesn’t look like other plant based oils we know, like vegetable oil for instance, it’s still considered an ‘oil’ in cannabis terminology. 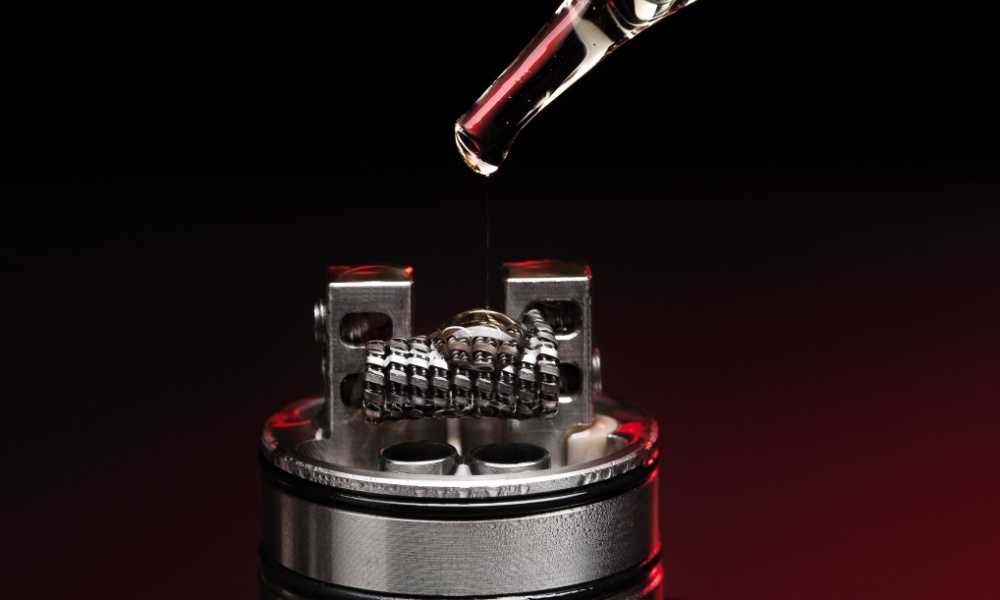 The Basics of Dabbing

‘Dabbing’ has become the appropriated slang term for smoking small amounts of concentrated cannabis oil (which goes by many slang nicknames, including wax, shatter, budder, and BHO [butane hash oil]). These oil concentrates are heated on a small hot surface, known as a nail, or e-nail if it’s electronic, and then smoked through a dab rig or a quartz bucket / banger.

If you’d like to dab on the go, you can purchase an inexpensive e-rig (electronic oil rig) instead. This functions even better than a concentrate pen. It usually runs on battery power or sometimes electric power, too. Since these are much smaller than standard dab rigs, the nail size is also much smaller, forcing you to use a smaller amount of oil. What’s the Oil in Vape Cartridges?

Besides using an oil concentrate through a dab rig, using vape pens to inhale cannabis oil vapor is the other popular way users imbibe. In this instance, you want the oil to have a viscosity that allows flow enough flow, so that it coats the inside of the vape pen cartridge and gets down to the coils. That’s when it’s able to heat up and produce the vapor at the right temperature. It is so much simpler and easier to use than a dab rig, plus you don’t have to worry about getting a nail or e-nail heated. Having said that, wax dab pens or  dispoable dab pens are available that for the less experienced enthsiast that wants to try vaping a wax concentrate without the expense and complication of an e-nail rig.

You can easily find pre-filled cannabis oil cartridges on the market where as there are usually less options for dab pen cartridges by comparison. 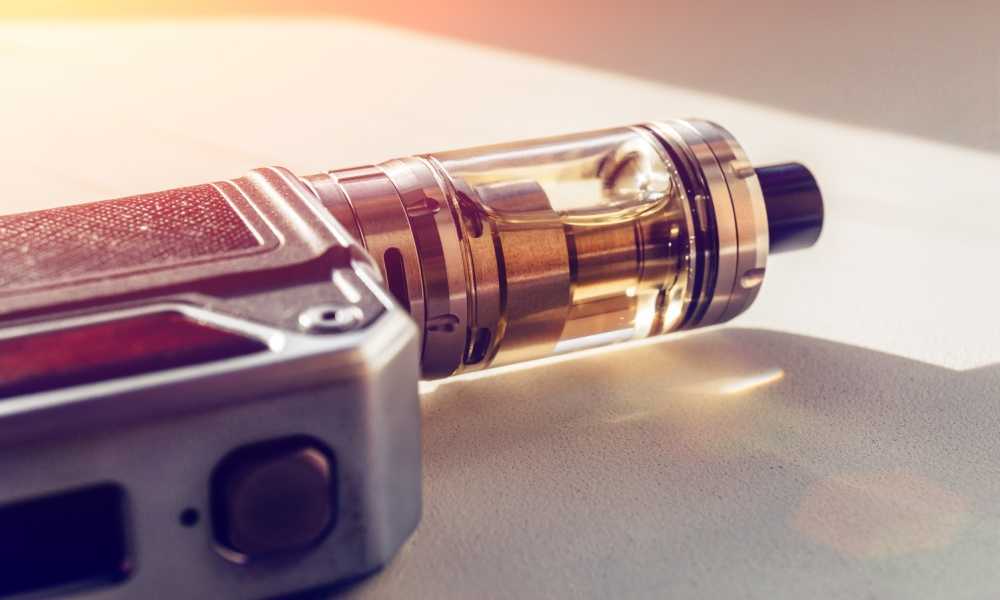 However, what if you have a broken vape pen oil cartridge, and you want to use that same cannabis oil in a dab rig? What’s the difference in the product between cannabis  oil  for vaping and the wax you normally use? Can you do that safely?

There isn’t a straightforward answer to this question. Two main factors must be taken into account: First, let’s talk about heat differences. Depending on what the user prefers, dabs to be used in a rig or e-rig are usually heated up to about 700° Fahrenheit – that’s very hot. In the bottom of the vape pen, you’ll notice the red hot coils that help heat up the oil and produce the vapor.

Unlike regular dabbing with a cannabis wax concentrate that reaches such a high temperature, vaping is usually only around the 350° to 400° Fahrenheit degree mark. That is a big difference. Due to this lower heat, the coils don’t get extremely hot, but only hot enought to cause the oil to turn to vapor without undue changes to the chemical composition of the oil which extreme heat may cause.

So, the cannabis oil in a vape pen cartridge would not be able to withstand the difference in heat were you to use it with a dab rig and apply your butane torch.

Having said that, a wax dab vaporizer pen, such as the HoneyStick Stinger Vaporizer, that is designed for heavy oils, but has a variable voltage control, might just be able to handle the lighter oil from you broken cartridge without damaging the oil or the pen.

There are recent regulated standards when it comes to additives found in cannabis oil in a vape cartridge.  Standards for additives seem to be more of an issue of the industry self regulating when it comes to the addition of oils used to change viscosity or create cloud with some recent concerns about heating additive oils used to adjust  viscosity for vaping, but that may not be safe if heated. Additives such as MCT (medium chain triglyceride), PG (propylene glycol), VG (vegetable glycerin) are then common ones.

The FDA has been primarily concerned about THC level in CBD oil being maintained under 3%, according to the 2018 Farm Bill regulations, and control of health claims for CBD products. Another FDA concern that surface in 2019 was the use of vitamin E acetate as a dilution agent in CBD oil which was traced to serious lung injuries.  This additive has since been removed by the industry.

So, your oil will likely have cutting agents (dilution agents to adjust viscosity) in it. These agents make the oil flow more freely in the vape chamber and also can add the cloud effect valued by vape users.

One additive is polyethylene glycol (usually abbreviated as PEG). Together with another chemical additive called propylene glycol (PG). These two cutting agents are also used food-grade antifreeze and are considered safe for foods. The issue is that they are considered safe for human consumption at low temperatures and maybe ok in an oil vape pen, but may not be so benign in a  higher temperature dab pen. Just be conscious that one of the benefits of dabbing is that your thick oil or wax does not need a cutting agent, and that is a plus for dabbing if there are doubts about health risks associated with heating additives

That said, if you try using an oil with other additives in it with a dab rig, the higher heat (a difference of 400°) will most definitely affect the additives. You’ll certainly taste the difference and will probably cough a lot more. Also, and unfortunately for you as the user, heating these additives with an e-nail (electronic nail) will change additives such as PG, PEG and MCT to compounds with carcinogenic properties.

Glycerin is another cutting agent often added to cannabis oils. At high temperatures, that breaks down into acrolein, which irritates the lungs and causes an unpleasant smell.

So, Should You Dab Oil Cartridges?

There are options for your saved oil – transferring to a fresh cartridge is obvious, but you can also ingest the oil such as using it sublingually (drop under the tongue) preferably if your vape oil is specified as usable for both vaping and as sublingual drops. Finally, you can vape your oil with a wax concentrate dab pen that is also suitable for thick oils, but our suggestion here is to use a pen with a voltage (heat) adjustment so you don't overheat it and the cutting agent additives it contains. We mentioned the HoneyStick Stinger pen as an vape pen option you could try for this purpose.

Finally, at the raised heat levels that dabbing involves, trying to dab your oil is probably going to result in a bitter taste and changes to the additive agents creating compounds that have carcinogenic properties. So, it’s not really advisable to dab these oils. Stick with the actual concentrate dabs for the equipment they are intended for as a better and healthier experience.

Can You Vape Soda?

Enable registration in settings - general
We use cookies to ensure that we give you the best experience on our website. If you continue to use this site we will assume that you are happy with it.Ok